Interview with Anton Wubben, head of the designers' team for the Bałtyk tower, on how the concept for the building originated, how to convert limitations into assets and that design competitions make sense.

The volume of the building is literally the 3d building plot with all kinds of special elements being "cut off".

Anton Wubben – architect, 9 years at MVRDV. He comes from Zoetermeer, a small town near Rotterdam. He graduated from Delft-based Netherlands' oldest and largest university of technology and then conducted one-year research for the Netherlands Environmental Assessment Agency. He joined MVRDV when the studio was developing a concept for a combination of a residential building and a market hall roof. He joined the design team and soon became its leader.

You took over as the project lead after the original proposal had to be reconsidered. Does it mean that you are the “special mission hero” of sorts, who steps in when the going gets too tough for others?

‍Thank you for the compliment, but I'm afraid reality is a bit less heroic. Our first design for the project was beautiful, I absolutely loved it. Unfortunately it was denied by the city conservator of Poznan and this was the reason that we had to come up with a new design. I'm very satisfied with the current design, but of course this is a team effort.

How many people have worked on this project?

‍At MVRDV we always have a team of 3-4 people working on a project. This team is led by Nathalie de Vries, one of the three directors and founders of MVRDV. We have a project manager, Fokke Moerel, and a project leader, that will be me. Over the course of time the total of 10 different people have been working on the project; some from the start and others temporarily because of specific skills.

‍You faced a few limitations: to stick to the Sheraton and rise stepwise from its top, to create several thousand meters of offices, but not rise above 68 and bulge over the entire plot, to leave some room for public space and not overshadow the candy Concordia ... Which were the most difficult, and which most inspiring?

‍During the first conceptual studies we discovered that all these elements created so many restrictions that we decided to change our perspective and treat them as positive arguments instead. The volume of the building is literally the 3d building plot with all kinds of special elements being "cut off". The southern terrace is an interpretation of the city restriction; we created a huge cut to accentuate the entrance; another one to create a terrace on the plaza side; the width of the plaza is an optimization of office depth and plaza quality. All these "cuts" have led to an exciting volume. Then, by using the same facade principle for the vertical as well as the horizontal facades, we get fantastic elements in the building such as 7 levels of glass floors welcoming you at the entrance of the building.

You designed a building which was to blend in with a very architecturally diverse area. It is dominated by modernism, heterogeneous as it is – a market hall with a spire from late 1920s on one side, a hotel from the 1960s on the other, his peer student dorm behind and a tiny printing house in between. Was it hard to fit the building in with this environment?

‍It was an honor to be asked to design such an iconic building on such an inspiring location, but yes we had a hard time and long discussions with the city. But it’s the result that counts and I’m very happy that we managed to come up with a design that solves all the limitations you mention and at the same time marks this special urban location.

People who watch the visualization of Baltic say that it brings to mind a slashed pyramid, a sea wave, a bow of a big ship, an iceberg – the building appears different from each direction.

‍The surprise of the changing appearance on each side is in fact a great quality. It was a logical result of our interpretation of all the given restrictions and, as said, it turned out to be the largest potential to respond to the plural image of the urban setting.

‍This is the most prestigious city plot. The meeting point of four districts, the key transport hub, open to eastern districts. Did the investor ask you to design Poznan’s showcase building?

‍The client was very ambitious from the first moment and it was clear from the start that this location has a key position in the city. Sophia invited an international architect that loves an ambitious project making sure that the result would be contemporary and iconic.

The investor organized a competition before choosing your studio. The competing concepts offered a fairly random selection of shapes trying to look impressive. Is anyone able to create a well thought-out design in such a short time? You needed two years to complete it. Do competitions like that make any sense?

‍Competitions are common practice in architecture. Good architects are trained to develop strong concepts in a relatively short time. The development of a building design always takes longer. There can be many unexpected issues that need to be resolved and in the size of buildings there are many things to design in detail. Then, there are the waiting periods for approvals. Unfortunately the time between the first sketch and the opening party can be longer than what we would like it to be. Yet, constant comparison between competition entry and the final result keeps one sharp and is therefore very valuable asset.

‍The investor reportedly said "sky is the limit". He told you to design a building that overcomes Poznan's conservative architecture. Hasn't this conservatism put too many restraints on your design? A more avant-garde one would not go well with the environment?

‍I can only hope that we gave a contemporary and sustainable answer to the ambitious challenge posed to us. Restrictions aren't always bad, as they often give arguments to choose a certain concept and can result in extra quality of the building. For example, we might not have come up with the great entrance cut without the urban restrictions.

‍The architect must be careful not to design for him or herself. Is it possible at all? Is it possible to "disable" their preferences in the designing process just as you disable layers in Photoshop?

‍Every design shows a personal passion of the architect, but it is much more. Every kind of reflection or critic is judged by the architect and taken into the design with a personal translation of it. But most of all an architect designs for somebody else. The design needs to suite the user and answer the question of the client. MVRDV is always eager to inspire or even provoke the user for an inventive use of the building.

Imagine you are a future Baltic user. What would you love and hate the designer for?

‍When I arrive at work I will have a first look at the beautiful view on the city, drinking my handmade espresso from the coffee bar downstairs. During lunch I will grab a nice bit of food in the sandwich bar or one of the restaurants and then, after working hours, I’ll be more than happy to enjoy a good glass of wine with my colleagues on the plaza. The only thing I would hate is that I have to go home :) 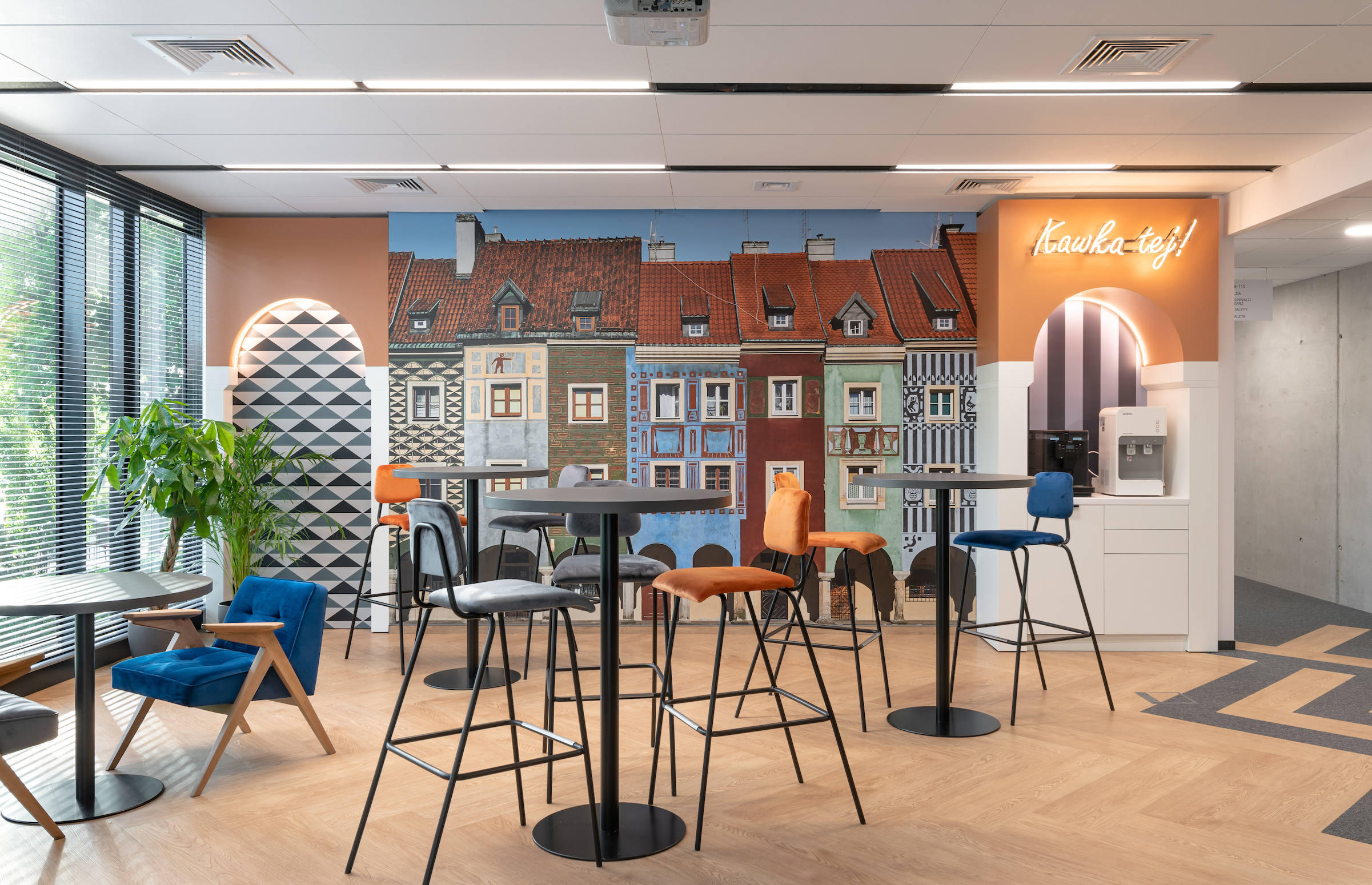 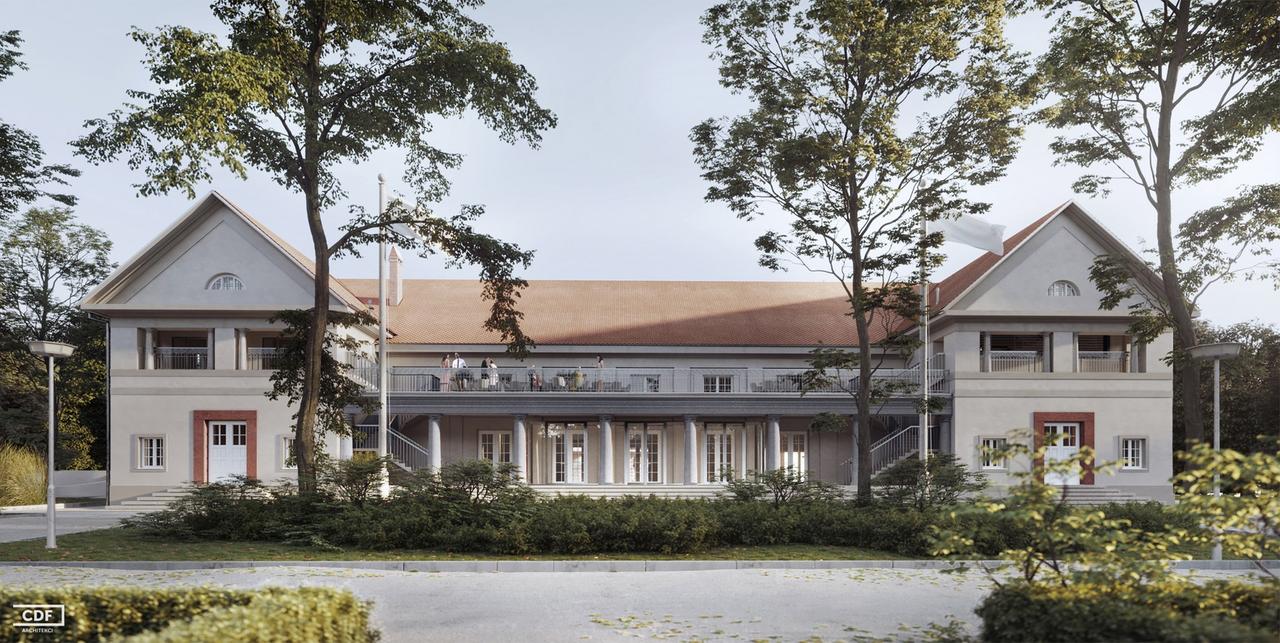 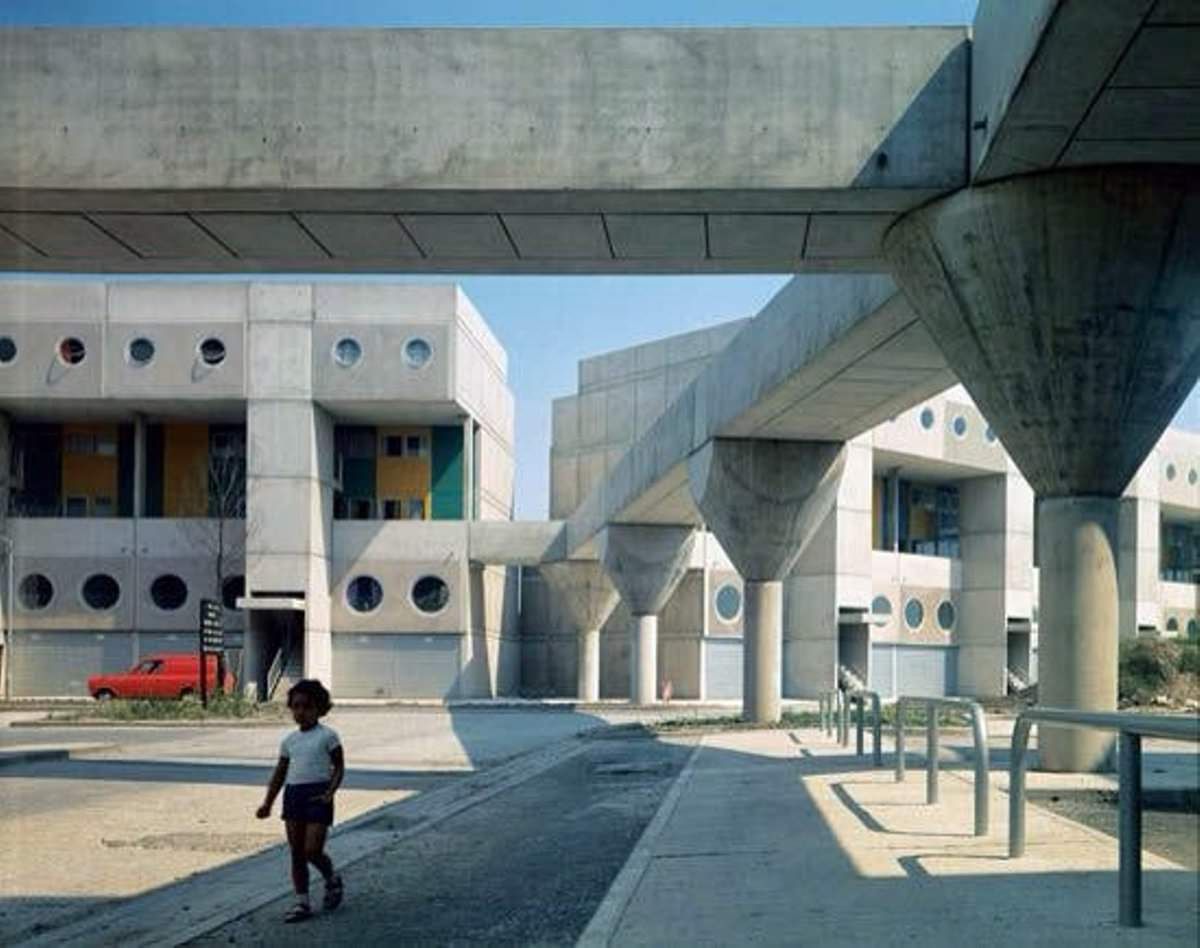